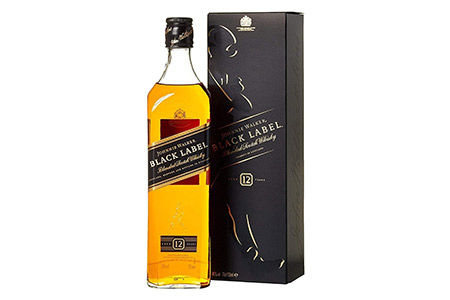 Early beginnings of Johnnie Walker – Black Label going back to time when John Walker’s son Alexander took it over in the year 1857.

For the very first time announcing the genius and untapped potential of his father’s blends, his son Alexander focused on expanding the whisky side of the business.

Alexander draw inspiration from his father’s signature smoky style and finally in the year 1867 he copyrighted ‘Old Highland Whisky’, which was the forerunner of today’s well known brand JOHNNIE WALKER BLACK LABEL.

By the year 1889, John Walker & Sons distilleries had businesses established in Uk, Australia and France, and distribution agents appointed as widely as South Africa, United States and India.

In that early times, there was just a few brands that had such widely spreaded distribution chains.

By the time of 1890s Alexander II and George, the grandsons of John Walker, were running the business.

They were followers of the innovative spirit of their forebears and the new principles of providing high quality whiskies, these family carved out a new vision, identifying completly new ways to drive it to new levels of marketing success.

With this new advertising insights which was ahead of their time – the Walker brothers understood the importance of producing an easily and widely recognisable brand.

The distinctive slanted black label was the key, and three years later in 1909 the words ‘BLACK LABEL’ appeared on the bottle for the very first time.

JOHNNIE WALKER has the luxury of having exclusive access to Scotland’s very best whiskies, ranging from the powerful west coast malts all the way to the more subtle east coast flavours. BLACK LABEL draws upon all these aromas to create a unique blend with a smooth, deep and complex character.

It can be enjoyed on its own, with a dash of still or sparkling water, or with soda or ginger ale as a long drink.

With its background in the 1870’s Old Special Whisky, JOHNNIE WALKER BLACK LABEL became simply “BLACK LABEL” in 1909. It is regarded by experts as the ultimate Scotch deluxe whisky, the benchmark by which all others are measured.

Each bottle of BLACK LABEL will have been two decades in the planning and draws whisky from the finest distilleries across Scotland aged in the finest whisky casks.

Each whisky is matured in a slightly different way, due to the intricacies of wood, climate and location. The Master Blenders’ skill is in blending these whiskies together to create a whisky with an extraordinary range of flavour.

A continued focus on quality and style has resulted in JOHNNIE WALKER BLACK LABEL earning numerous awards. Today the blend remains as rich and smooth as it was when John Walker’s son and grandson were Master Blenders.

It has been called “a masterpiece, the Michelangelo’s David of the blender’s art, the very best in its category” – Charles Maclean, whisky writer, and “the Savoy, the Everest of deluxe whiskies”.

Johnnie Walker BLACK LABEL retains the authenticity of its creator and currently outsells every other deluxe Blended Scotch Whisky around the globe. That it’s stood the test of time is testament to the pioneering spirit and the skills of the Walker family.

The main component for malts of Johnnie Walker are (beside with 36 other malts and grains, at varying percentages): Cardhu, Talisker, and Lagavulin. Doubtless, a little bit of every Diageo-owned malt (except Oban) is included.

It’s a safe bet that the majority of the malt here is Cardhu 12-year, although some marketing material claims that “the heart” is Talisker.You will noticed that Johnnie Walker Black Label has an unusual red-gold color.

It is most certainly heavily colored with caramel coloring.

Totally unable to detect any peat. Deeper in, round and mildly buttery. Nary a hint of paint thinner!

Palate: Medium-bodied. Mild tongue burn – I guess that would be called ‘smooth’. Vanilla cake bread crumbs, a slight hint of smouldering match head, and a few seconds later, an acidic wave of vodka-esque off notes.

Finish: Slightly acrid, like a smear of coal tar on top of a buttered scone. Fading out with some almond paste, and only a little bitter woodiness. On the short side.

With Water: Elevated florals, and a hint of peach pit on the nose. Shortbread and crumb cake on the slightly thinner palate. A nice woody marshmallow and some caramel on the finish. This is quite improved by the addition of a splash of water.

Final thought: Ok, fine, it’s really not that bad. It has some nice floral elements in the nose, a straightforward flavor, and not too much bitterness on the finish.

That said, it has two major downsides: First, it was clearly blended to be bland and uninteresting (the industry euphemism is ‘consistent’).

There might be peated malt in here, but it’s so diluted that it just comes across like a fine layer of stale ash.

The florals would be interesting if they weren’t overpowered by a wash of cereally grain.

Then, the grain component is obvious, and not harmoniously integrated with the malts.

It provides some nice heft and body on the palate, and a bit of creaminess, but its relative youth – although 12 isn’t too bad – and lack of quality can be tasted in the vodka notes on the tongue.

Frankly, it would be hard for this not to taste mass-produced.